This policy establishes the Code of Conduct for students and student organizations ensuring due process, which also affords fairness and equity in all student conduct investigations.

Institution –
Georgia Highlands College.
Student –
For the purposes of this document, a student is a person who has been admitted to the College and maintains an active status in the student information system.
Student Conduct Officer –
An employee of the college who coordinates student conduct procedures, to include conducting hearings, responding to crises, providing guidance and trainings, administering interventions, making appropriate referrals, and other related activities.
Student Organization –
An organization consisting of students and is officially registered with the College.
Records Manager –
The designated entity or contracted service charged with the role of preserving and protecting records of academic integrity violations. The records manager adheres to the security and confidentiality protocol outlined in the IT Data Classification and Security Policy (IT.PO.240).

The Institution has developed a Student Code of Conduct (henceforth Code) to guide students and student organizations in participating in the academic community. The purpose of this Code is to ensure due process, which affords fairness and equity in all student conduct investigations. This Code’s Standard outlines the behaviors and actions that are prohibited and the procedures for adjudicating them. This Code is not intended to infringe or restrict rights guaranteed by the United States Constitution including free speech under the First Amendment, or due process clauses of the Fifth and Fourteenth Amendments.

The Student Conduct Officer shall serve as the chief judicial officer of the Institution and they may be assisted by other institutional employees, where designated, in the coordination and application of judicial policies and procedures.

All Sexual Misconduct cases, not settled informally as mentioned in the judicial process, shall be heard by a panel of faculty and/or staff. All institutional participants in the Sexual Misconduct resolution process shall receive appropriate annual training as directed by the System Director or Coordinator and as required by the Clery Act and Title IX.

Students or organizations who are charged with violating the Code are entitled to a fair hearing in which the accused will be allowed to speak in their defense and to call witnesses on their behalf. The procedures outlined in the Code’s Judicial Process are not bound to the standards of a court of law. Instead, in adjudication of such cases, the hearing officer or panel will decide the case based on a standard of preponderance of evidence, requiring a conclusion that breach of the code more likely occurred than not. This means that the evidence to suggest a violation occurred must outweigh the evidence to suggest the violation did not occur. Evidence can include, but is not limited to, witness statements, admissions, physical evidence or observation.

Any student, faculty or staff member of the Institution may file a complaint claiming a violation of the Code. Not all matters covered under this policy will necessarily involve alleged victims; however, where they are involved, it should be noted that the complainant will not always be the alleged victim but instead may be a third-party witness. The Institution may also respond to issues raised by third-party complaints, such as referrals by police, discovered by faculty or staff, or through its own investigations.

A written complaint must be submitted via the records manager and should include as much information as possible regarding the facts of the case, including, but not limited to, (1) the type of alleged misconduct; (2) the name and contact information of the individual(s) accused of the alleged misconduct; (3) the dates(s), time (s), and place(s) of the alleged misconduct; (4) the names and contact information of any witnesses present or individual(s) with knowledge of the incident; (5) whether any tangible evidence has been preserved; and (6) whether a criminal complaint has been made. Speculation and opinions should not be included.

REPORT A CODE OF CONDUCT VIOLATION 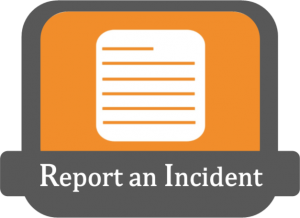