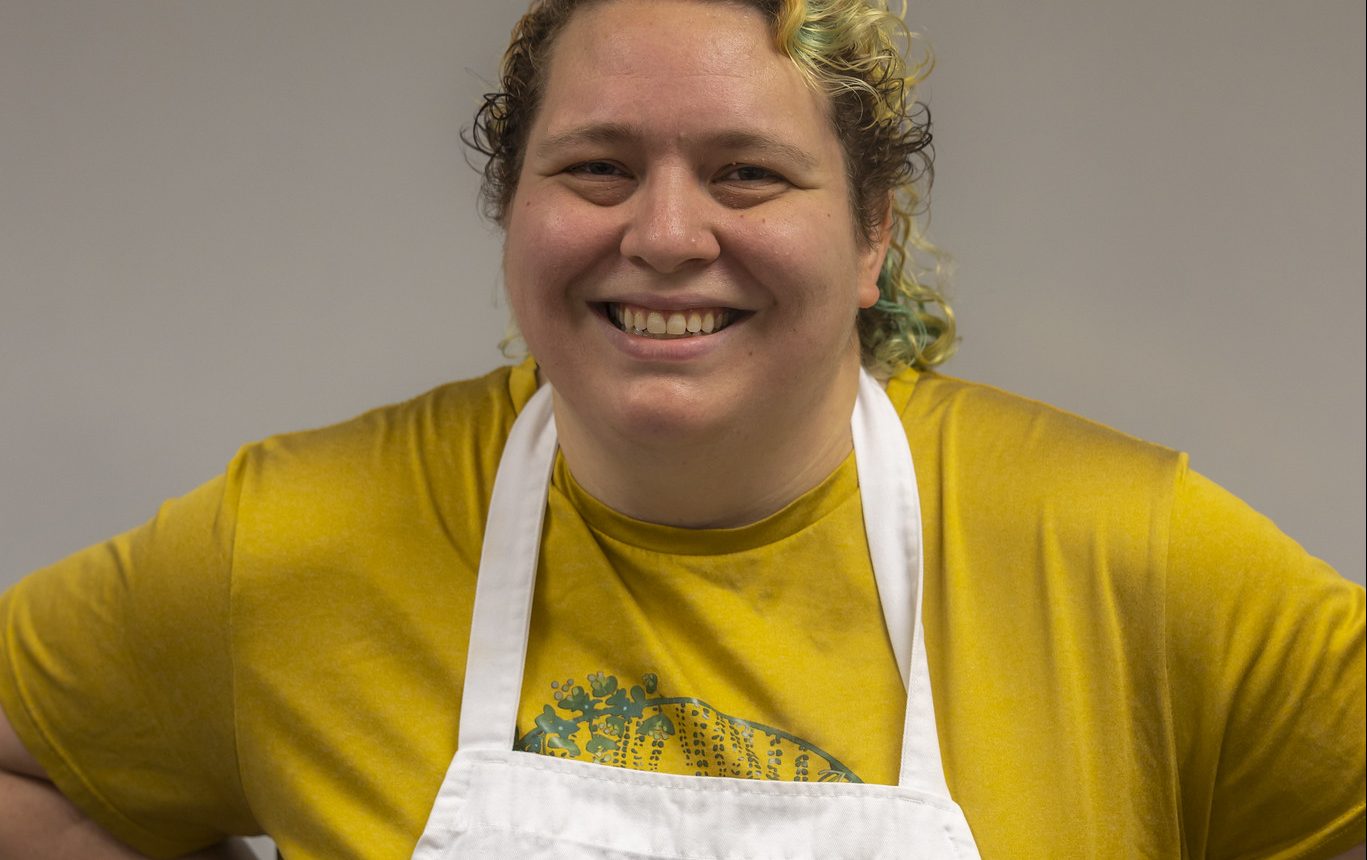 Caroline Atkins, a GHC alumna and Culinary Arts teacher at Calhoun High School, spent July 12 teaching groups of boys ages 10-14 at Foundation Camp how to make a spaghetti sauce from scratch, using methods like layering flavors, incorporating spices and minimizing the use of salt, which can lead to medical conditions such as high blood pressure and heart disease. Campers at Georgia Highlands College learned about the importance of nutrition, food safety and a lesson on how to make an easy, inexpensive and healthy meal.

“My community has always taken care of me and whenever there’s an opportunity to be a good community member and help underserved members of the community that I come from, I try to help them the way I can,” Atkins said. “I saw that the camp was offering leadership skills and so … I decided to do a cooking lesson and bring nutrition into it.” 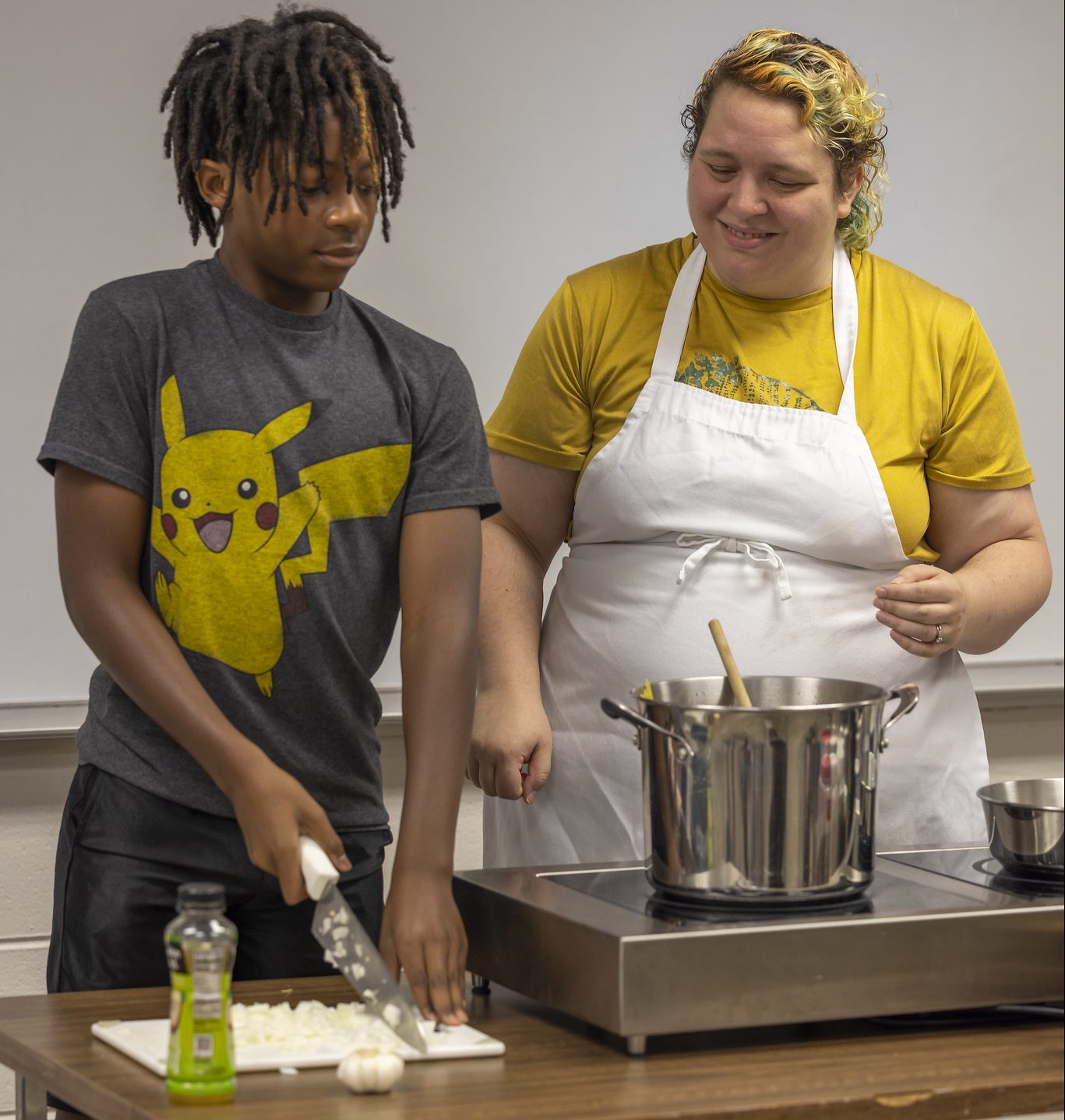 Atkins educated the campers on the nutritional differences between prepackaged foods and fresh foods and encouraged practices such as adding fresh ingredients to supplement nutrition when having to use items like jarred sauces.

“I wanted to get across making food that tastes good but doesn’t use a lot of salt,” Atkins said. “Of course, there is a lot of salt in prepackaged foods that we might not account for, so I explained that if we use chicken broth, which has salt in it, adding more salt won’t be beneficial to you.”

She said she enjoyed working with the campers, saying they were engaged in the lesson as the age group was becoming more independent and making choices about what they eat. 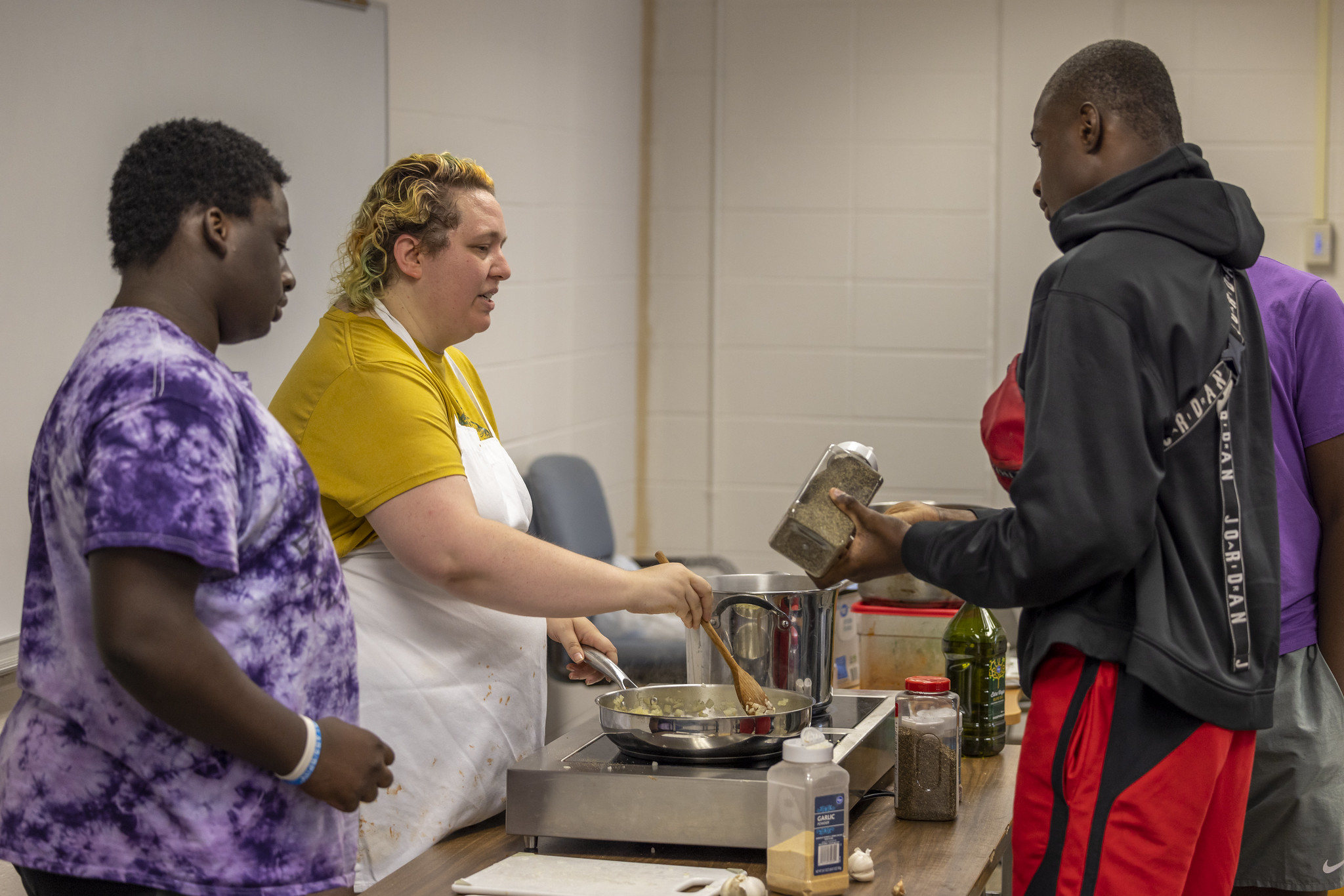 “Showing them that it doesn’t take a ton of money or a ton of time or education or skill to make something that tastes good and that you can share is something I hope they took away,” Atkins said.