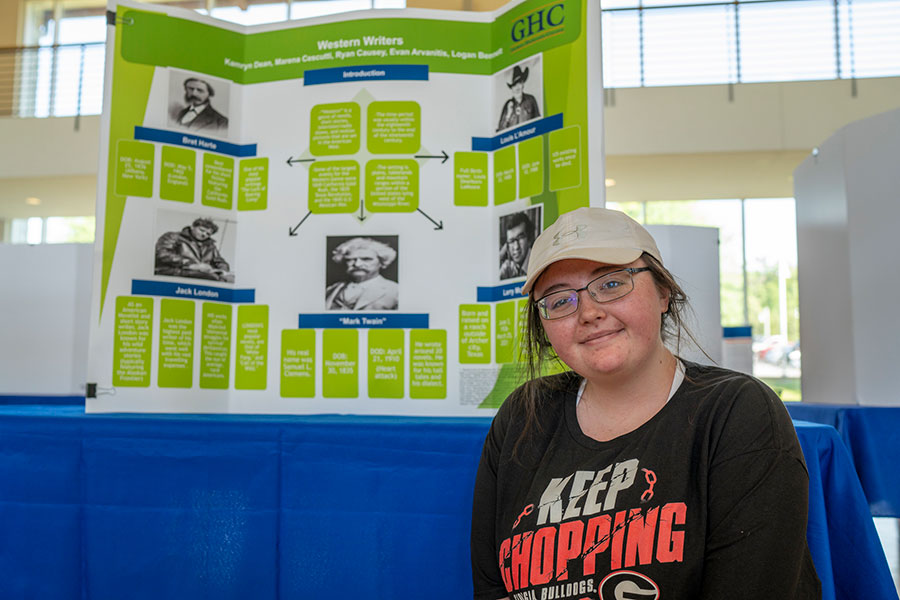 Kamryn Dean completed an American Literature research paper on the American West with her author of choice being Louis L’Amour. She presented her work through a poster presentation which also featured the work of her classmates.

“We had the topic of having different forms of literature in American Lit and ours was western writers, which is a genre…that takes place in the American West,” Dean said. “Something I found interesting was [western literature] was inspired by Mexican literature, which depicted themes like cowboys.” 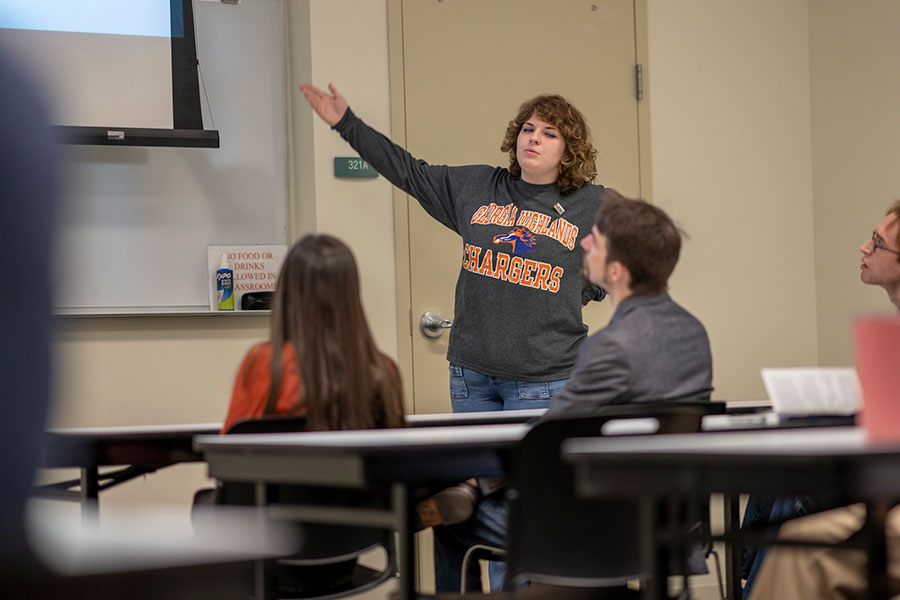 In doing the research for L’Amour, Dean said she became more familiar with research methods and resources facilitated through GHC’s library, such as GALILEO.

“The way we did the research project was [our instructor] wanted us to research a mix of scholarly and opinionated articles,” she said. 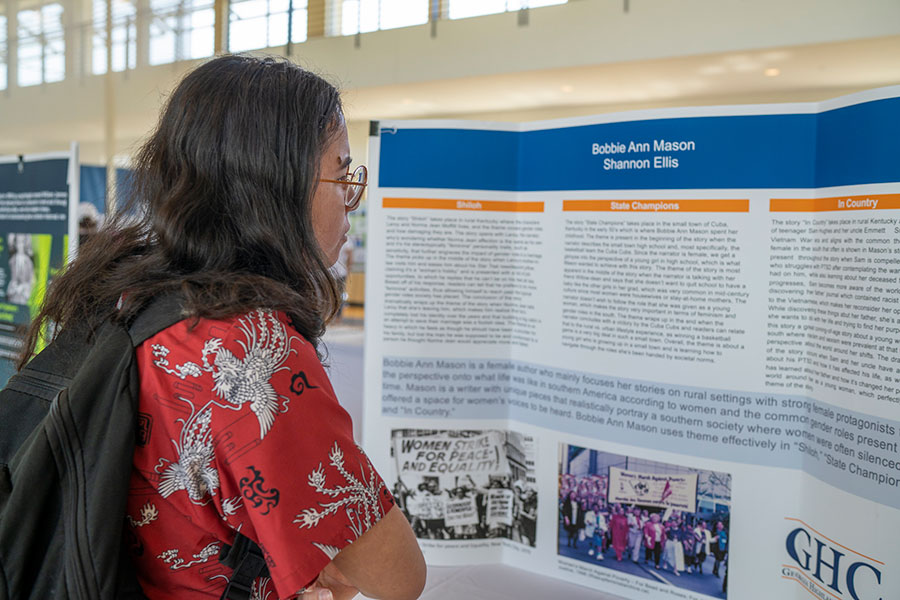 He said the movement was propelled by Walt Whitman through works such as “Leaves of Grass.”

“[Stream of consciousness is] ingrained in almost everything we read nowadays, and every author uses it in one way or another,” Page said. “It was interesting to learn how it evolved from where it started to where it is today. The stream of consciousness style basically began when a psychologist wrote a short essay about the functioning of the brain and how we develop literature out of it.”