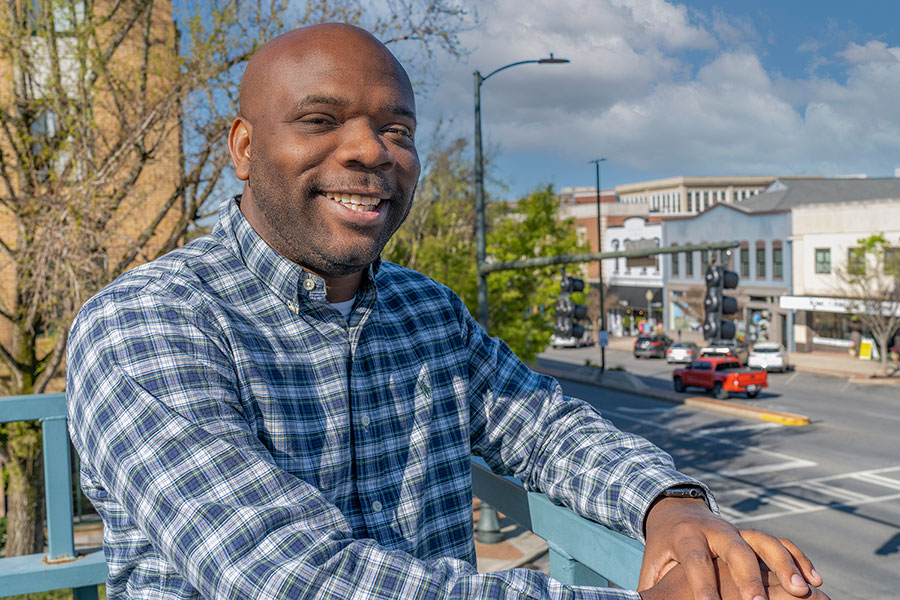 Sem Morisset was recently promoted to Engineering Program Manager at Americold where he oversees projects for the food storage and logistics company. Formerly serving as Associate Engineering Project Manager, he spent time learning the logistics and engineering portions of the industry while commissioning shuttles, carriers and automated systems within a freezing environment.

Sem said Georgia Highlands College (GHC) helped get him to where he is today.

While at GHC, he was heavily involved in the Brother 2 Brother (B2B) student organization. He said the influence of organization leaders encouraged his involvement, which led him to influence others.

“One of the best ways to learn is to teach,” he said. “Having spent time with members of my chapter teaching them what was passed down to me played a big role in me staying laser-focused on the bigger picture.”

Sem said no two days are alike at Americold in his role as Engineering Program Manager where he utilizes a wide range of skills in logistics. He added that his interest in logistics began in his teens.

“I worked at a grocery store and always had an interest in the number of trucks, delivery windows and quality product received,” he said. “Having enjoyed finding solutions, a combination of logistics and engineering was evident in my future.”