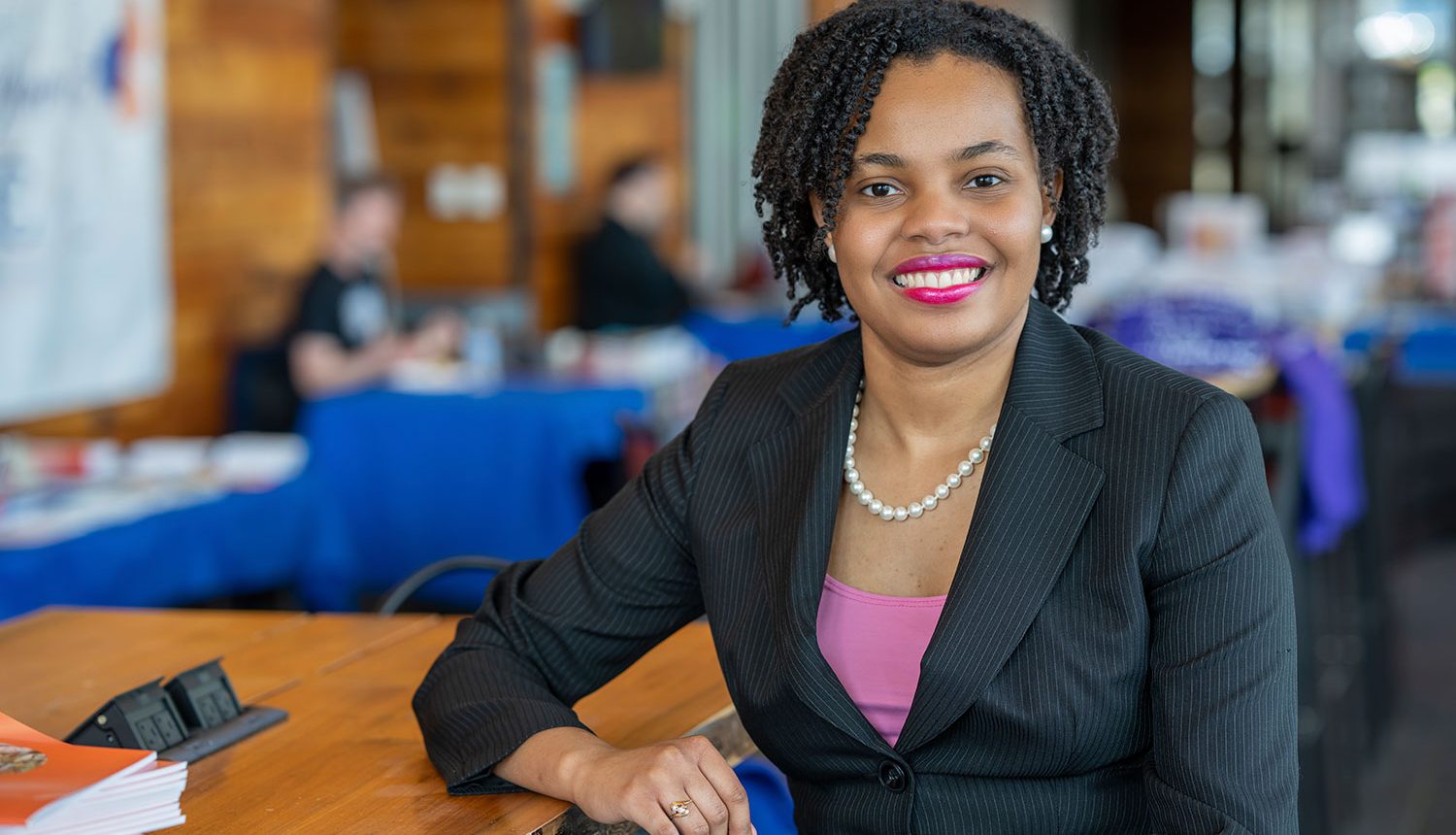 Camille Brown rises to the top in the state, top in the nation with new academic awards

Only 20 students nationwide were selected for the prestigious All-USA Academic Team honor. Camille Brown is one of them.

Over 2,200 students were nominated from more than 1,200 college campuses across the country to be named New Century Transfer Scholar. Only a single student from each state is chosen. Camille takes that honor for Georgia, too.

Camille Brown is a student at Georgia Highlands College. She is a Business Administration major who takes classes through GHC Online. She serves as both the GHC Phi Theta Kappa (PTK) Vice President of Social Media and as the Regional Vice President for the Georgia Region.

Not so long ago, Camille was celebrated for a national PTK TikTok challenge, where she used metaphors of hard work and personal growth accompanied by the music of Michael Jackson in a video to encourage students in college to stay focused on their college goals while having a little fun, too.

Being one of 20 college students named to the prestigious All-USA Academic Team, she will receive a $5,000 scholarship. More than 2,200 students were nominated for this award.

Camille will be recognized during the American Association of Community Colleges’ (AACC) convention in May. In addition to the scholarship funds, recipients will be presented with commemorative medallions, and their college presidents will receive commemorative obelisks.

Team members were selected for their outstanding intellectual achievement, leadership, community, and campus engagement. The All-USA Academic Team is sponsored by Cengage, with additional support provided by Phi Theta Kappa and AACC.

The All-USA program is widely recognized as the most prestigious academic honor for students attending associate degree-granting institutions. The program also recognizes students who extend their community college education to better themselves, their schools, and their surrounding communities.

Being named a 2022 New Century Transfer Scholar, Camille will receive a $2,250 scholarship.

New Century Transfer Scholars are selected based on their academic accomplishments, leadership, activities, and how they extend their intellectual talents beyond the classroom.

“We congratulate Camille Brown for receiving this prestigious scholarship, and we are honored to partner with the Coca-Cola Scholars Foundation, The Coca-Cola Foundation, and the AACC to recognize these outstanding achievements,” said Phi Theta Kappa’s President and CEO Dr. Lynn Tincher-Ladner. “Scholarship programs like this are integral for creating opportunities for two-year college students to succeed and for putting college completion within reach.”

In addition to helping her chapter win numerous regional awards, Camille won the Regional Janet Walker Spirit of PTK award at the Spring Regional Conference Saturday, March 5, and Camille was also selected to carry the Georgia Flag at the Opening Flag Ceremony for the PTK Catalyst Conference Friday, April 7 in Denver, Colorado.

About The Coca-Cola Scholars Foundation
The Coca-Cola Scholars Foundation celebrates and empowers visionary leaders who are refreshing the world. Supporting more than 1,400 exceptional college students each year, it awards $3.55 million in scholarships annually through three nationally recognized programs. Learn more at coca-colascholarsfoundation.org.

About Phi Theta Kappa
Phi Theta Kappa is the premier honor society recognizing the academic achievement of students at associate degree-granting colleges and helping them to grow as scholars and leaders. The Society is made up of more than 3.8 million members and nearly 1,300 chapters in 11 countries, with approximately 240,000 active members in the nation’s colleges. Learn more at ptk.org.